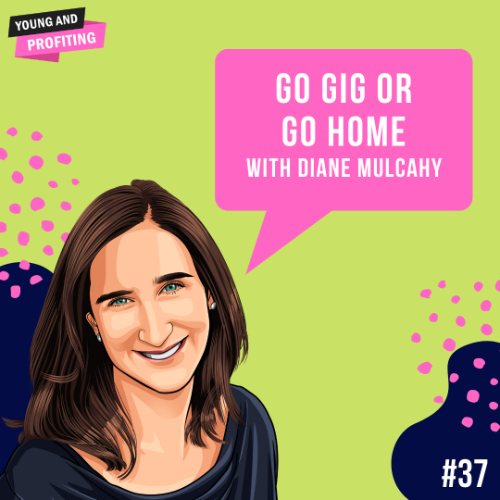 The explosion of the gig economy is real. Are you ready? In #37, Hala speaks with Diane Mulcahy, one of the first experts on the Gig Economy, which is a term that describes a labor market with the prevalence of short-term contracts or freelance work as opposed to permanent full-time jobs. Diane taught a class on the subject which was listed in Forbes’ “Top Ten Most Innovative Business School Courses in the Country.” She also wrote a book called “The Gig Economy,” and is a leading authority on the topic who has been featured in publications like Forbes, CNN, Cosmopolitan, Oprah.com and more. Last year, the Bureau of Labor Statistics reported that 55 million people in the U.S. are “gig workers,” which is more than 35% of the U.S. workforce. And that number is projected to jump to 43% by 2020! In this episode, you’ll learn all about the gig economy and how it came about, why people choose gig work, and how to be successful in the gig economy and thrive financially when generating variable income.