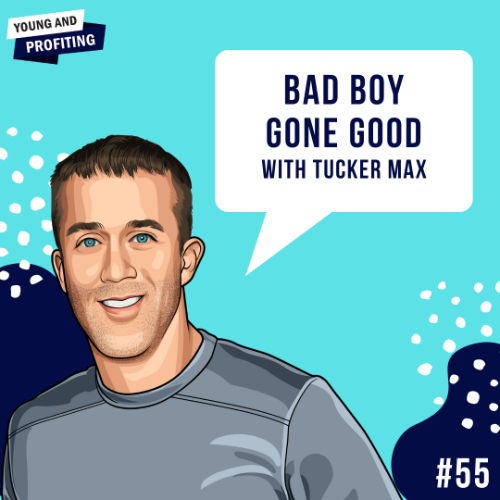 #55: Tales of a Bad Boy Gone Good with Tucker Max

#55: Tales of a Bad Boy Gone Good with Tucker Max

It feels so good to be bad. Until it just feels bad. In this episode, Hala yaps with Tucker Max, the inventor of the literary genre ‘fratire’ and author of 4 best selling books including the mega hit, “I Hope They Serve Beer in Hell,” which documents the wild and scandalous times he had during his 20s. Tucker holds accolades like snagging a spot in Time Magazine’s 100 most influential list in 2009, and there’s even a movie based on his life. The former bad boy is now a grown family man who has assisted many successful startups. Currently he’s the founder of Scribe, a company that helps people write and publish their own books. Today we’ll uncover how Tucker achieved fame in 2002 on the internet, in an era when blogs didn’t even exist yet, why he hired JT Mccormick to be his CEO at scribe instead of holding that position himself and how plant therapy and MDMA has helped to transform his life for the better.