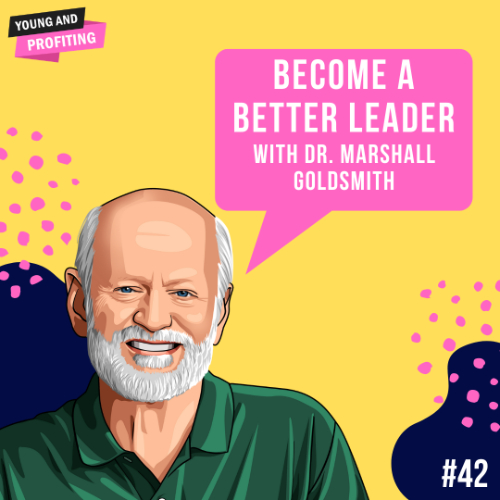 This week, I’m talking with Shanee Moret, CEO of MedSnake Media and a Linkedin mega-influencer. With over 20M+ views on LinkedIn and over 600k followers, she is one of the biggest influencers on the platform today.

In #42, Hala speaks with Dr. Marshall Goldsmith, a pioneer in the field of business education and leadership coaching who has worked with over 150 major CEOS. Dr. Marshall is the only two-time winner of the Thinkers 50 Award for the #1 Leadership Thinker in the world. He has been ranked one of five most respected executive coaches by Forbes, one of the top ten executive educators by The Wall Street Journal, and one of the 15 Greatest Business Thinkers in the World by The Times. In addition to his client work, Dr. Goldsmith is the author of 36 books, including three New York Times bestsellers that have sold over 2.5 million copies. In this episode, Dr. Marshall yaps about the habits that hold people back from the top, how to change bad behavior with feedback and feedfoward, as well as the power of using his magic moves; optimism, apology, seeking for help, and asking power questions.